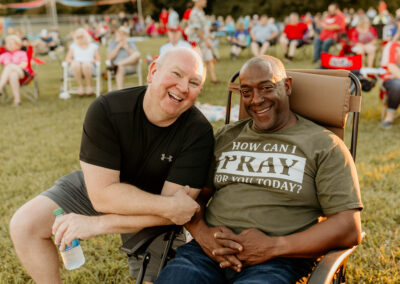 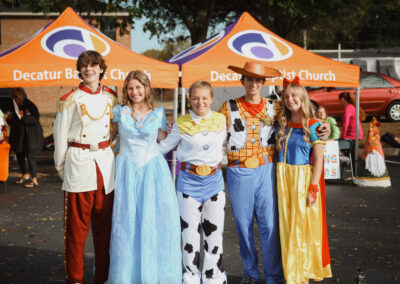 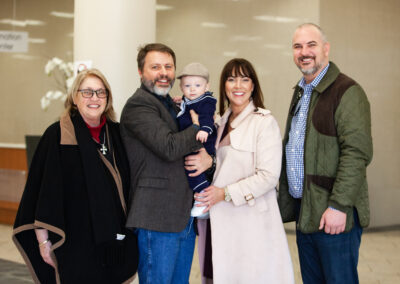 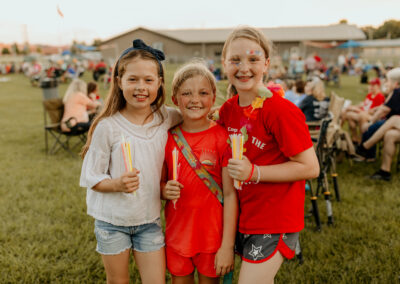 Taking Christ to the World by Loving God, Loving People, and Serving Both.

We are a multi-generational, multi-cultural Christian congregation that meets in the Decatur, Alabama area. No matter what you’ve been through or where you come from, you are welcome here. Join us for a gathering and see why God’s family is no ordinary family. 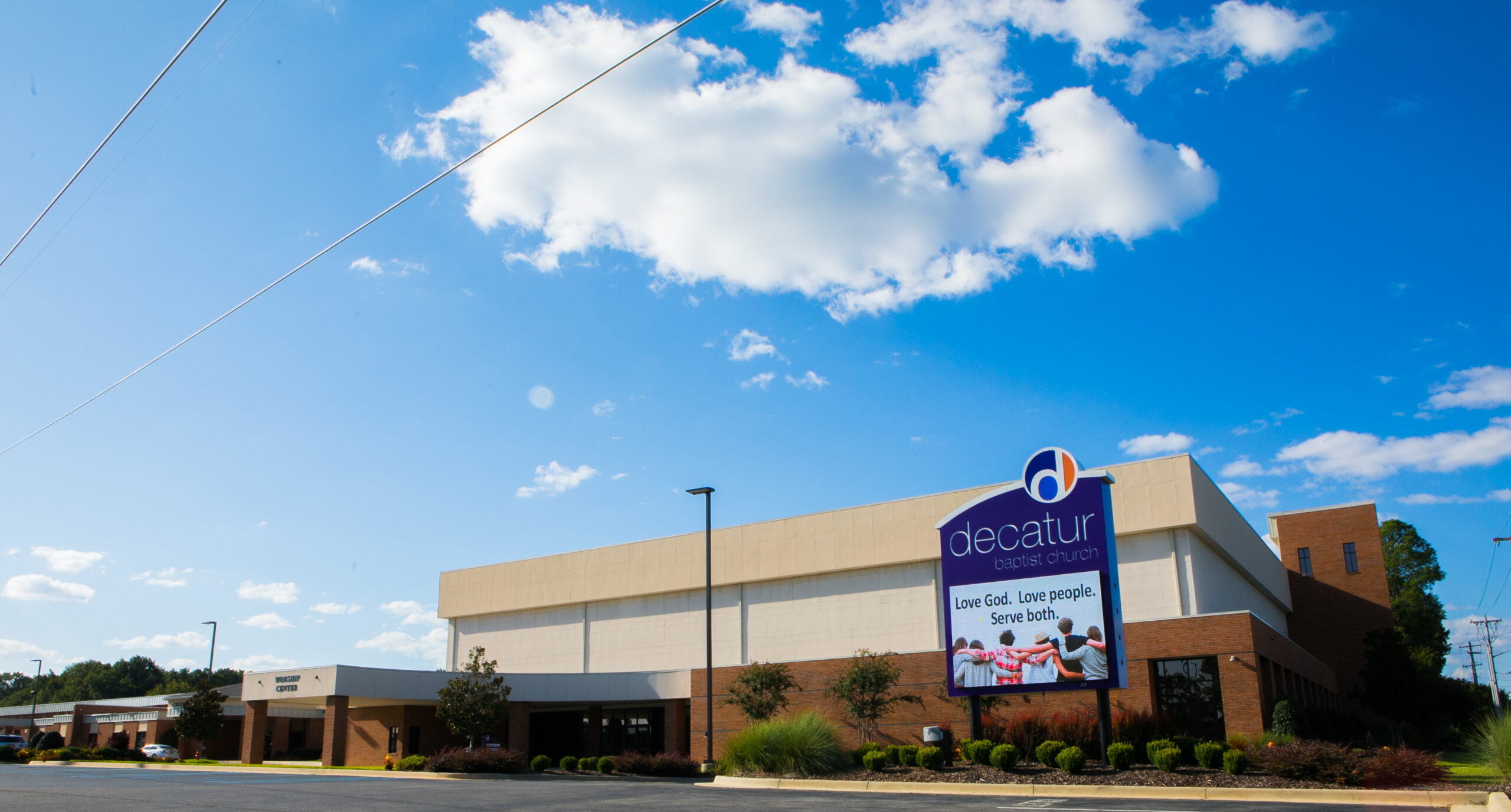 Three important things we want you to know:

“Therefore, my beloved brethren, be ye stedfast, unmoveable, always abounding in the work of the Lord, forasmuch as ye know that your labour is not in vain in the Lord.” 1 Corinthians 15:58 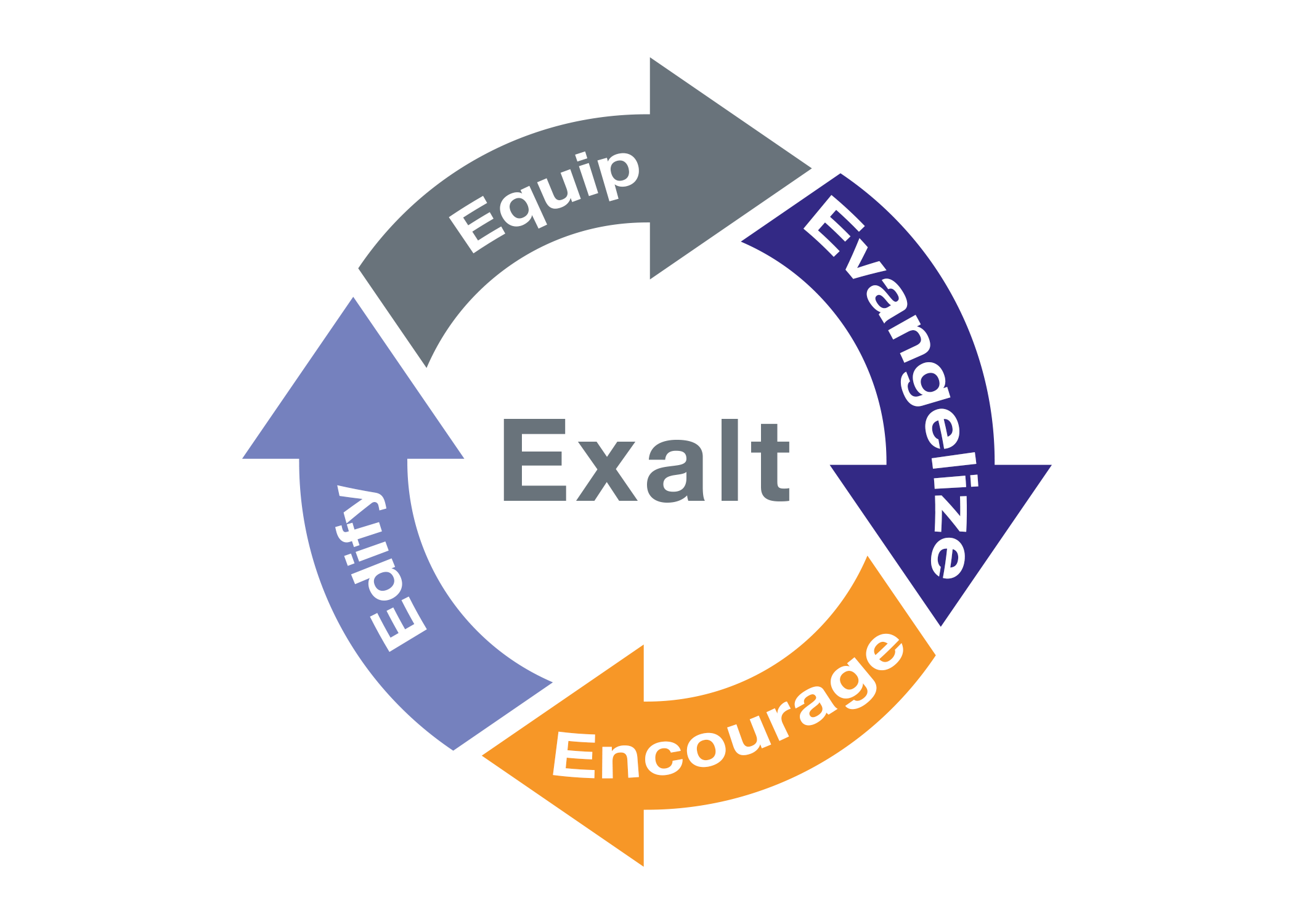 moving forward with sharing the gospel

Each member connected in a small group for fellowship, spiritual growth & accountability

Discipleship 2 — How To Study The Bible

moving forward with praise and worship

Decatur Baptist Church began as a Southern Baptist Church in 1898 under the leadership of Pastor J. Gunn. In September 1906, the church purchased land at 1820 Old Moulton Road and became known as Moulton Heights Baptist Church.

During the ministry of Dr. Walter Quesenberry (1957-1961), the church left the Southern Baptist Convention and became an Independent Baptist Church.

The church outgrew the 1820 Old Moulton Road property and moved to our present location, 2527 Danville Road, in April 1988. Wanting to identify in a greater way with our community and surrounding area, the church changed its name from Moulton Heights Baptist Church to Decatur Baptist Church in 1992. This new name was well received by the congregation and the city. In 2005, DBC voted to go back to our roots and again become part of the Southern Baptist Convention.

During the ministry of Dr. Doug Ripley (1985-2019), the church went from being a quaint, country, neighborhood church to a large community church. The church not only grew in Decatur, but also helped start churches all over the world. Believing the Great Commission is to “make disciples who make disciples,” the church placed a great emphasis on reaching the lost, discipling them and sending them to reach the ends of the earth (Acts 1:8)

We are humbled that you desire to know more about us and the possibility of your becoming part of us. 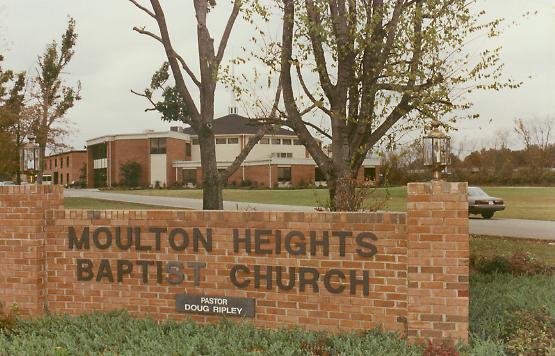 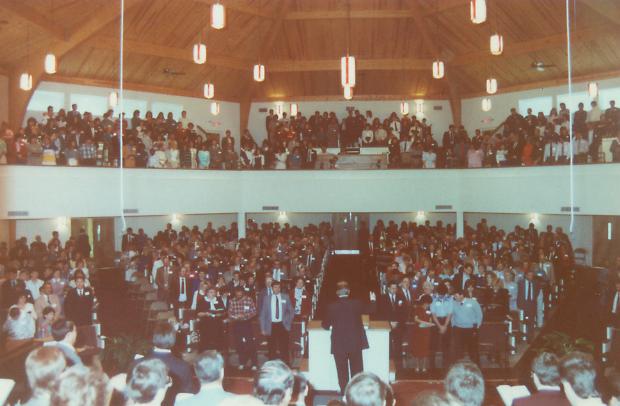 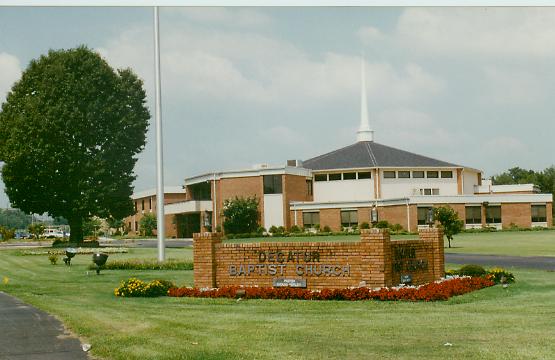